Sometimes overlooked by visitors to the area, our heritage railways and canals offer a view of the Devon and Somerset landscape from a different and often intriguing angle. This month, we also explore some other steam- and locomotion-related attractions!

Due to the increase in the popularity of the railway, the picturesque Grand Western Canal – which had been intended to link the Bristol and English Channels – was never completed. The remaining 11-mile long Devon section of the canal, however, is perfect for easy walking and cycling and continues to be a real draw for wildlife-spotters and families alike. We recommend in particular the Swan’s Neck Loop walk, starting at Halberton and running along the canal before turning back past Halberton Farm Shop and tea rooms. The family-run Tiverton Canal Company, based at the canal basin, is home to one of the last horse-drawn barges in England and will reopen at Easter 2021. They also offer boat hire so that you can navigate the canal independently. 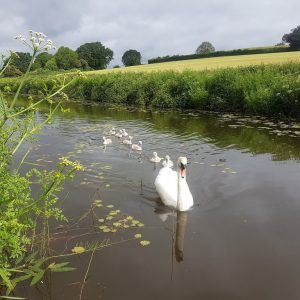 A swan and her cygnets cruise the canal 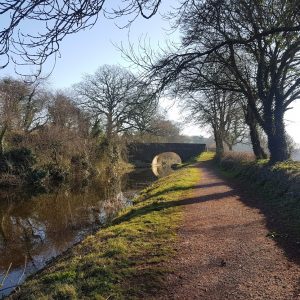 Exeter Ship Canal links the River Exe with Exeter Quay. Dating from the mid-16th Century, it was the first canal to be built since Roman occupation. Easy walking or cycling from Exeter Quay takes you past gift and craft shops, into the countryside and out to the very popular Double Locks pub. Continue on towards the sea to get to the Turf Hotel, a pub well-known amongst the sailing community, with beautiful views over the Exe Estuary from its enormous beer garden. Download the leaflet for this route (pdf). If you’d like to sit back and enjoy the canal at a leisurely pace, Stuart Line Cruises run a boat from Exmouth to Exeter Quay, via the canal. 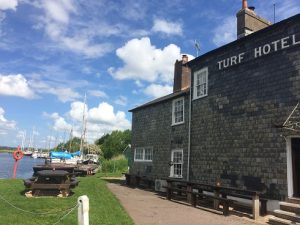 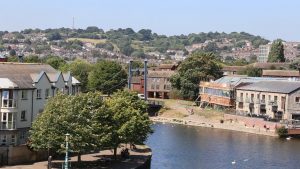 South Devon Railway is the longest established steam railway in the south west. Based very close to Buckfast Abbey, the train runs along 7 miles of heritage track through the beautiful Dart valley to Totnes. 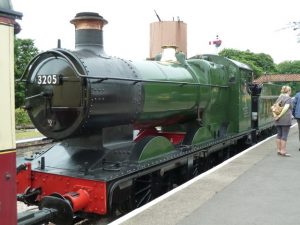 Also in South Devon, Dartmouth Steam Railway and River Boats invite you to enjoy the coastline on steam trains between Paignton and Kingswear. They also run boat trips and a real paddle steamer, The Kingswear Castle. This is the last remaining coal-fired paddle steamer in the UK.

One for the very young or young at heart, Devon Railway Centre at Bickleigh near Tiverton has model, miniature and narrow gauge railways. A great one for toddlers who are interested in trains, as there are also indoor and outdoor play areas.

Running from Bishops Lidyeard to Minehead, the nostalgic West Somerset Railway boasts “20 miles of heritage railway through stunning Somerset countryside and coast”. As well as the regular train journeys, they also offer special themed days. These can feature anything from cheese and cider tasting, to Paw Patrol.

For a real glimpse of the past in action, take a visit to Coldharbour Mill and its steam engines at Uffculme. It has been in continuous production since the end of the 18th Century. They have regular ‘steam up’ days, when you can see (and hear!) the machinery in action. English Heritage have described Coldharbour as “probably one of the best-preserved textile mill complexes in the country”. There’s also plenty of great walking around Uffculme, including a short loop from the mill along the river. 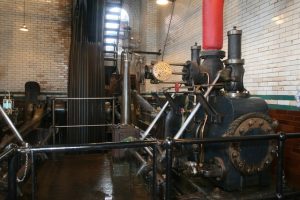 The Budleigh Salterton to Exmouth railway path is a nice easy cycle or walk along the disused railway. It follows National Cycle Route 2 through the Devon countryside. From Exmouth, you can then continue to the picturesque town of Topsham. This section takes you alongside the Exe Estuary via Lympstone, covering a five-mile section of the Exe Estuary Trail along the railways with lovely views over the estuary. Lots of bird life to be spotted along the way and with Exmouth at one end and the Fish Shed at Darts Farm at the other, you can reward yourself with fish and chips or an ice cream at either end! 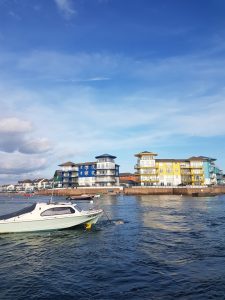 Picturesque Exmouth from the water

For a dramatic view, head to the Cannington Viaduct just west of Lyme Regis. This is a disused ten-arched viaduct, which was once part of the railway line connecting Lyme Regis and Axminster. Click here for walks to explore the area.

Seaton Tramway is a narrow gauge tramway running between Seaton, Colyford and Colyton in East Devon. Well worth a visit, the journey offers wonderful views of the River Axe estuary. Wind your way through two nature reserves which are renowned for their wading birds. Kids with big imaginations will enjoy their fairy, dinosaur or pirate themed days. 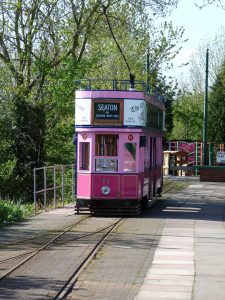 One of the Seaton Trams. Image by Meatle from Pixabay

An underrated gem, Tiverton Museum homes a wide-ranging collection of exhibits representing different aspects of mid-Devon life through the centuries. Find out about local agricultural history, war-time Devon and the every day home life of mid-Devon folk. Finish off your visit at the Tivvy Bumper display. Kids can don a driver’s cap and step into the cab of this original Great Western Railways steam engine! 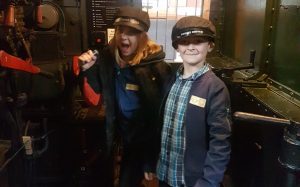 Children enjoy pretending to be train drivers at Tiverton Museum