Some of the best bits of our gorgeous county.

We’re biased of course, but we think that Devon is just fantastic! In our next two articles, we’re going to introduce you to some of the best bits of our gorgeous county. As well as a few quirky features, like the narrowest street in Britain, the longest village in England (Branscombe) and claiming to have the only place whose name contains an exclamation mark (Westward Ho!), Devon boasts beautiful beaches, charming cities, delicious food, magnificent moors and lots of fascinating history. Here in part 1, we’re exploring the coast and countryside. 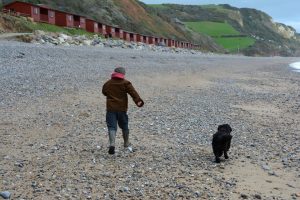 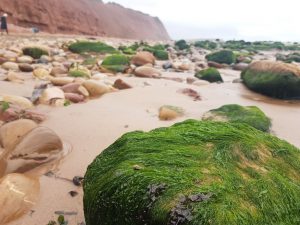 The start of the Jurassic Coast, Orcombe Point

Let’s start by heading to the seaside, to find our varied coastline and beaches. We are just half an hour’s drive from a UNESCO World Heritage Site: the Jurassic Coast. It stretches from Exmouth in East Devon to Studland Bay in Dorset, a distance of about 96 miles. The Devon section includes the two miles of sandy beaches at Exmouth; the Regency seaside town of Sidmouth; the fishing harbour of Seaton and the famously fossil-rich beaches at Lyme Regis.

Visit any of the beaches along the Jurassic Coast to enjoy a family seaside experience. Many offer boat tours, mackerel fishing trips, stand-up-paddle board hire, and other activities. Most are very safe for bathing and many have lifeguards in summer. If you prefer a more surfy vibe, head to North Devon, where the very popular towns of Woolacombe and Croyde welcome beginner and experienced surfers from across the world. You can hire all the right gear and some take surf lessons before returning home a pro! 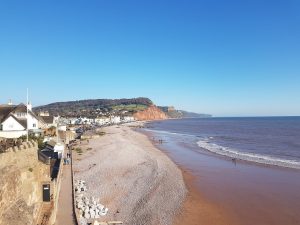 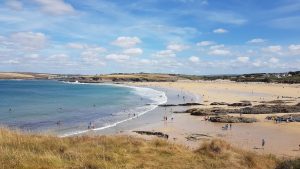 From the coast, let’s head up to the moors. Dartmoor National Park is a vast moorland located between Exeter and Plymouth. It’s the perfect place to feel that sense of wilderness that you can’t get in the bustling seaside towns. Its famous, craggy landscape has played host to many a ghostly tale but there’s really nothing to fear! Look out for Dartmoor ponies roaming the tors (the big, granite formations on top of hills). You can give your walk an interesting focus by hunting for one of the many Bronze Age stone circles or even Neolithic tombs. The area is dotted with villages, including the pretty Widecombe-in-the-Moor  and some quirky pubs. We recommend a visit to Wistman’s Wood – a small area forested with stunted oaks which looks like something straight out of ‘Lord of the Rings’. 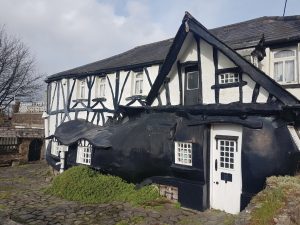 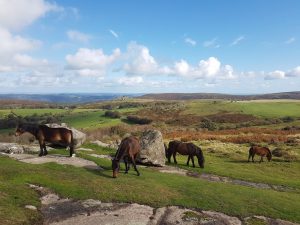 Located further north and a little greener, Exmoor also offers some stunning scenic walks. A third of the national park is in Devon, which the remaining two thirds being in the neighbouring county of Somerset. Perfect for walking and other outdoor pursuits, Exmoor was also designated the first Dark Sky Reserve in Europe. Exmoor has exceedingly low levels of light pollution so you can observe the cosmos in a way that’s simply not possible in urban areas.

We’re lucky enough to be located close to two Areas of Outstanding Natural Beauty. Forest Glade is on the edge of the Blackdown Hills AONB. This tranquil area on the border of Devon and Somerset is rich in wildlife and heritage. It’s the epitome of the English countryside, with hedgerows, small working farms and narrow, winding lanes. A stone’s throw away is the East Devon Area of Outstanding Natural Beauty. It covers over 100 square miles of the East Devon with its woods, heathland, fertile valleys and picturesque hilltops. 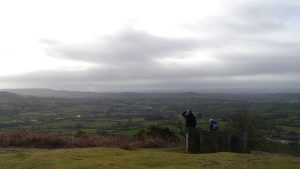 Lovely views in the Blackdown Hills 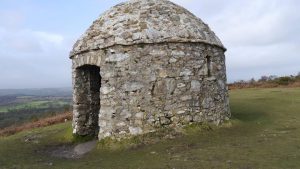 Culmstock Beacon in the Blackdowns

Come back for our next issue, when we’ll be turning our rumbling tummies towards Devon food and drink, visiting our exciting cities and learning a little about the county’s history. We can but scratch the surface in these blogs, so if there’s something you’re particularly interested in, let us know when you visit and we’ll do our best to point you in the right direction.