The Making of Our New Drone Video

The eagle-eyed amongst you will have noticed that we have a brand new website. We hope you like the new look! You might also have spotted the fabulous drone footage in the video, which show-cases the park, at the top of the home page. We had a fantastic time shooting this at the end of the summer. We thought we’d share a few behind the scenes memories of the day. 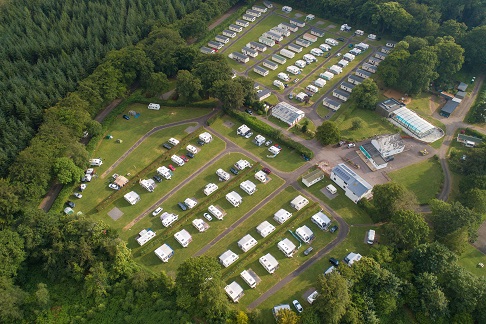 We worked with Tom and Lewis from Bad Wolf Horizon. They’re experts in aerial and drone filming. Now based in Cornwall, Tom’s originally from Kentisbeare, so we were pleased to be able to support his innovative business. The family you can see having a wonderful time are the Thornes. Maria Thorne writes all our blogs for us and has also provided some of the other content and photography for our website. They were more than happy to take starring roles in the video!

“Ignore the buzzing robot by your head!”

The film, which runs to around one and a half minutes, took several hours to shoot. Tom arrived armed with an agreed shot-list, which – as well as scenic views over the park – also included ‘action shots’ such as cycling; zooming along on the zip-wire; strolling through the woods; playing tennis and cooking on a BBQ. Fortunately, these are all things that the Thornes enjoy anyway, so there was very little acting required! We’ll let you into a little secret though: the children had really had enough of filming by the time we got to the cycling, so there was a lot of Haribo employed by way of bribery! 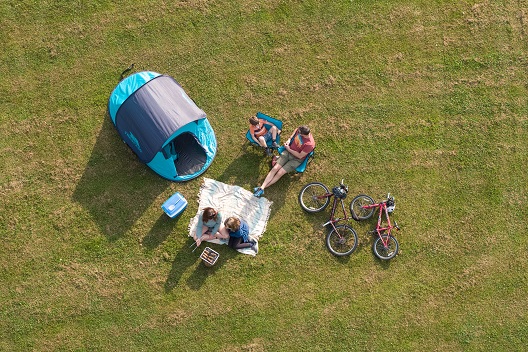 The family enjoys a BBQ

The team from Bad Wolf Horizon brought several drones with them of varying sizes. They were able to fly them expertly through the trees and around the family. One of the most challenging shots was the zip-wire. This involved hovering the drone very low on one side of the wire, then moving it across to the other side as Maria’s daughter flew towards the camera. Tom and Lewis are very experienced, so there was absolutely no danger of anything going awry, but they were still delighted when everything went to plan. There was an entertaining moment when Tom had to ask the children to ‘ignore the massive buzzing robot flying by your heads’! 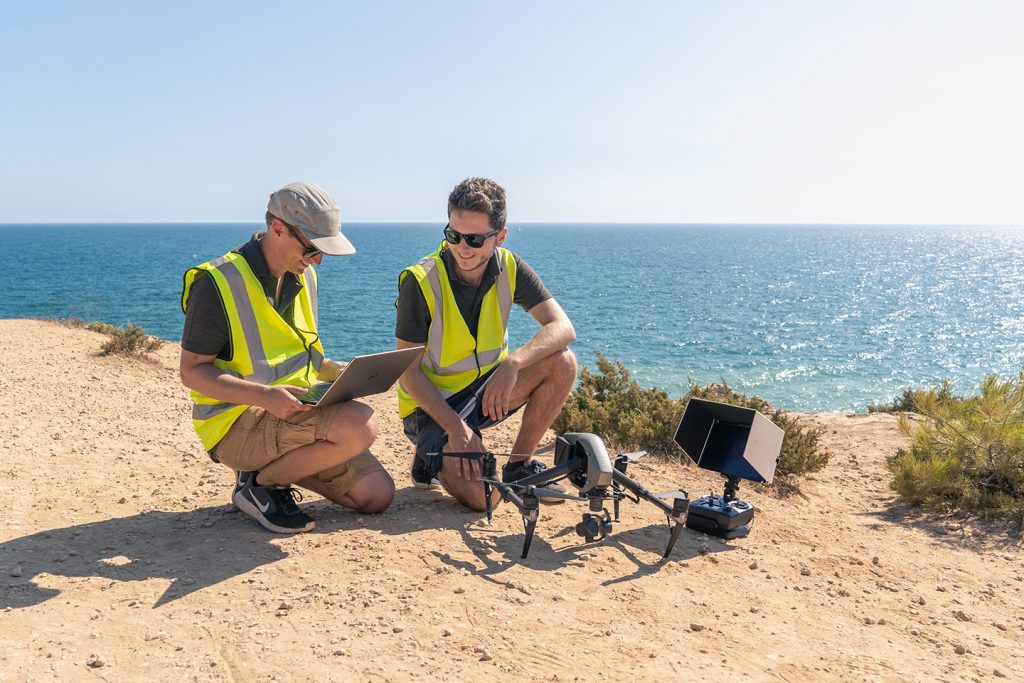 Tom explains how versatile their drones can be: “Most people think of drones flying high in the air only, but using a range of different drones, we were able to fly low to the ground, through trees and under zip-lines, as well as being able to capture those birds-eye shots that everyone has come to love. Working closely with the Thorne family, we were able to show off the unique features and activities at the campsite from the skies”.

Whereas we do get plenty of lovely days here on the park, the weather on filming day wasn’t too good, with a little rain here and there. By the evening, however, the sun made an appearance so the team were able to get those beautiful shots over the forest.

We’re now busy preparing the park for next season and very much looking forward to a busy year ahead. Our blog from last December tells you about all the jobs we undertake over winter to make sure the park is ready for you. What’s more, the new website makes it even easier to book your next holiday with us.